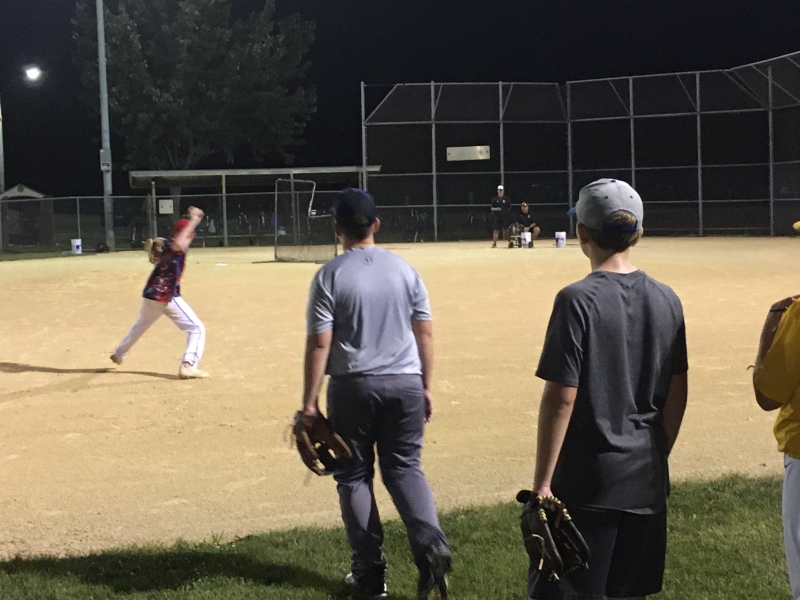 Tryouts for 2023 Bettendorf Baseball Club (BBC) weekend tournament teams at 8-under, 9-under and 10-under are Sunday, June 26 at the Crow Creek Park 4-Plex.

The tryouts are conducted by the Bettendorf High School baseball coaching staff and players. Plan to report to the 4-Plex 30 minutes prior to your tryout session.

Tryouts for the four oldest teams (11-under to 14-under) are Sunday, Aug. 7. The field and time schedule will be announced later in July.

WHAT IS THE BBC?

The idea was simple: Make BHS and BPV baseball both better by helping turn the BPV players attending Bettendorf Community Schools into the next BHS players.

A key goal was for players to form closer bonds — and promote improved team chemistry — from the current model of multiple travel teams with players never playing with each other until they make one of the high school teams.

The BHS coaches also wanted to invest their time in helping instruct players at the lower levels to learn to become great Bulldogs someday,

A 12-U team was formed for the 2021 season and continues playing today at the 13-U level, successfully mixing weeknight play and practices in the BPV with action in select weekend travel tournaments.

The upcoming tryouts are the next step to expanding the program to additional age levels.

PLEASE NOTE: The BBC is specifically for current Bettendorf Community Schools students and their families! Separate BPV tournament teams for Pleasant Valley Schools (and students from other schools feeding into BPV) also are offered but unaffiliated with a high school program at this time (we share those tryout details when available and as teams are forming!)

If interested playing for the BBC?
PLEASE FILL OUT THE TRYOUT FORM:
https://docs.google.com/forms/d/e/1FAIpQLScsaNXK7mU0K2i5YjZEZ2wMDeBR_S--AM5QUxlpvkCWtfZ8UA/viewform

The BBC is committed to building a quality organization with well-led teams that will cultivate future BHS Bulldog baseball players and confident, responsible, hardworking young men.

BBC teams develop both by playing at their current age level in weekend USSSA tournaments and by “playing up” in BPV weeknight games, a combo that fosters well-rounded, multi-position athletes.

BBC players will be eligible for both all regular BPV activities (games, practices, camps, clinics) and unique BBC team activities, including chances to learn from BHS baseball players and coaches.

BBC teams will wear uniforms designed by BHS coaches and BBC board members to reflect the colors and styles of Bettendorf High School Baseball.

While travel baseball normally includes significant costs, the BBC is committed to offering opportunities to players from a broad range of economic backgrounds.

Interested in coaching?
Please fill out the attached form and send back in an email to *danesco33@gmail.com* and *tappasteve@gmail.com*.

There are no comments for this announcement.