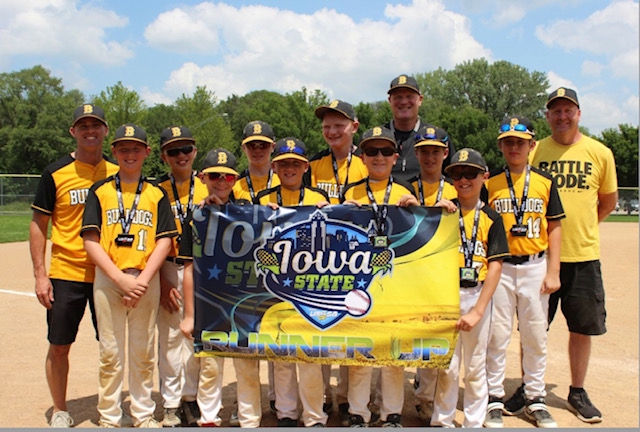 The BPV’s inaugural BBC team enjoyed a strong finish to its maiden voyage.

The 12U BBC staved off elimination in mid-July by winning three games and reaching the championship of the D4 Silver Bracket in the lower AA division of the Iowa USSSA state tournament.

The 12U BBC settled for second place, but the title-game run was a huge accomplishment for a first-year team that started 0-1-1 in Friday’s pool play and needed to earn a state quarterfinal berth.

“Super proud of this team!” said 12U BBC manager Dan Martens. "We knew it wouldn’t be easy this first season, but the parents supported us and the kids kept getting better and picking each other up during the highs and lows of a fun baseball season!

“I feel like this team broke ground and there’s a great foundation there. I’m looking forward to seeing it build up from here. The boys know they were part of something special this season.”

The Bettendorf Baseball Club (BBC) is a partnership started in late 2020 between the BPV and the Bettendorf High School baseball program to develop a feeder system of Bettendorf Schools students.