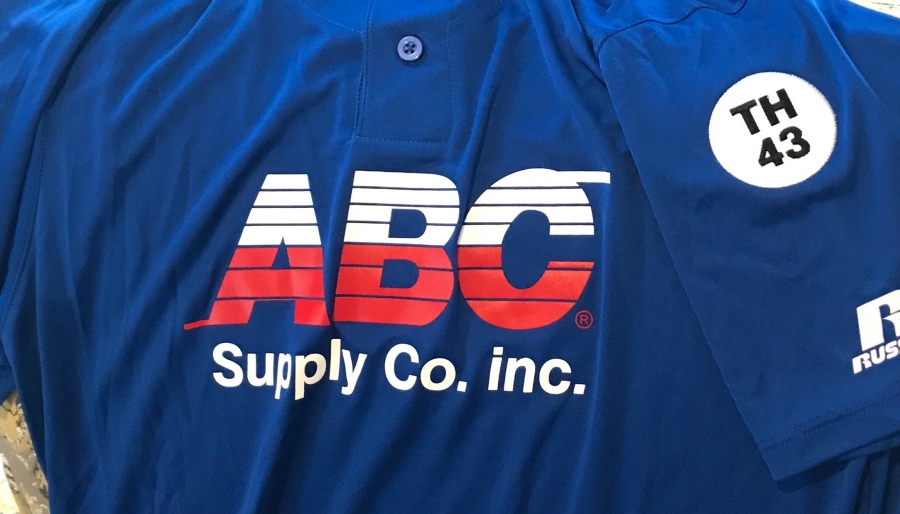 Bettendorf-Pleasant Valley Youth Baseball was staggered June 24 when long-time player Tyler Hurd was found dead, just hours after earning the save as the final ABC Supply Co. pitcher in a game the previous night at McCausland.

Hurd, a sophomore at Bettendorf High School, celebrated the victory with a sleepover camp out in his backyard with friends and teammates to mark his 17th birthday. Tragically, Hurd passed in his sleep, a victim of natural causes.

BHS hosted a Memorial ceremony that Saturday while BPV celebrated Hurd’s life with a Memorial Game that Sunday night organized by his friends and classmates on both sides of a regularly-scheduled matchup.

WQAD-TV’s Celia Palermo offered this report from the game:

Tyler’s obituary can be found at:

Pictured: ABC Supply Co. added a special memorial patch to their uniforms to remember Tyler with his initials and favorite number.

BPV Seniors Director Steve Tappa remembered Tyler with these remarks in a division-wide email sent before the Memorial Game:

Some of you are already painfully aware, but for those that are not, I need to share with you all the loss of one of our own, a longtime and much-loved member of the Bettendorf-Pleasant Valley Youth Baseball family.

Tyler Hurd was a standout player on this season’s ABC Supply Co. team and a treasured friend to so many others in the Seniors Division. You might have heard mention of his tragic death in the newspapers or on TV the last several days.

Tyler grew up playing BPV at all levels, including in our Diamond Kings travel wing that was based out of Devils Glen for so many years. Tyler also gave back to the BPV by umpiring games at the younger levels.

Tyler was a great example of what we hope to see from all of our players — a passion for baseball and a commitment to his friends and community.

This season offered a chance for Tyler to play with many of his former teammates growing up and friends from Bettendorf High School. They played their last game together Tuesday in McCausland, when Tyler was both ABC’s last hitter and winning pitcher in a 13-8 thriller with North Scott.

ABC’s next scheduled game is tonight at Devils Glen against Tappa’s Steakhouse, a familiar old rival growing up.

After Tuesday’s victory, Tyler and several friends celebrated his 17th birthday with a sleepover campout in his backyard. However, triumph turned to tragedy the next morning when Tyler was found unresponsive, a victim of natural causes.

Whether you knew Tyler or not, I’m sure your heart goes out to his parents Jason and Tami, and his older brother Bryan. Please share your respects to his teammates, coaches and family when next you see them.

BPV and the Hurds have discussed different ways we will remember Tyler, and I will share those plans with you at a later date when details can be decided. Instead, now is a time for mourning Tyler’s loss and for the healing process to begin.

In that vein, his teammates and foes are dedicating Sunday night’s 8 p.m. game at Devils Glen in his honor. Friend and teammate Dallas Schatteman has prepared special t-shirts for the teams to wear and a moment of silence will be observed prior to the first pitch.

As if any of us needed any more reminders this year, here’s another example of how precious life is and how lucky we all are to enjoy playing a game with our friends as much as Tyler did.